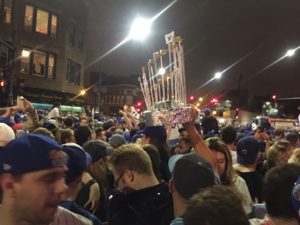 Seagulls had invaded the bleachers once jammed with droves of Cubbie Blue and red. Fire hoses nearby splattered alongside the left field foul line while rakes scrapped the earthy dirt into a smooth slate.

I could hear presumably a bar erupt in lively cheers somewhere down Waveland Avenue. A local Chicago news station was finishing up a live report for the 6 o’clock news just 10 feet to my right.

The Cubs had lost 9-5 on a blazing afternoon to the NL Central bottom dweller Cincinnati Reds, but it was well after we learned in the clubhouse following the loss seven Cubs would represent the rising franchise in the upcoming All-Star game I left my mark on Wrigley Field.

In true Jake Bartelson fashion, while jumping down besides the Cubs dugout to plug in an extension cord, I slammed my head into the fading forest green concrete corner. The fraying dishrag taped on that spot used as padding of sorts led me to believe I’m not the only one.

The 20-year veteran photographer I accompanied laughed when I told him the story whizzing along the lakefront back to the studios.

“We’ve all done it,” he laughed. “And don’t believe anyone that says otherwise.”

IMG_7006It’s official: I can notch it onto my faux belt of “rookie mistakes”. I’ve made plenty since foraying into the professional ranks of covering sports the last two summers. I’m now trying my hand at serving in the news internship at Comcast SportsNet Chicago.

I re-connected with a former Ball State Cardinal (now a prominent voice in Chicago sports) in the Cubs clubhouse waiting for players to change, and admitted I wore khakis on my first training camp practice for the Bears last summer. He called it a “rookie mistake” and he’s darn right.

I wore khakis to the Cubs game, but survived. I forgot a water bottle with temperatures likely in the upper eighties: Yet another rookie mistake.

It took the pre game media interview period to realize it does no good for your sound (or arm stamina) standing in the back of the scrum. Post game? I made sure to position myself directly to every young woman’s (taken) heartthrob Kris Bryant’s left. My arm thanked me later.

Just minutes prior in the hallway leading to the clubhouse, president of baseball operations – and as far as Cubs fans are concerned, should be of the United States – Theo Epstein walked by. The man behind The Plan to exercise the Cubs post season ghosts glanced my direction.

It’s difficult to place into words how I felt standing on the field for the pre-game show. Football will always be number one in my heart, but standing on the same surface legends before me have graced is simply amazing – A feeling you only get three times or so in a lifetime, I bet.

While helping setup for the pre-game show on the field, Reds first baseman Joey Votto cracked batting practice, and a host of kids allowed behind a roped off area somewhat near the Reds batting circle asked politely for the star’s autograph.

“Mr. Votto, can we have your autograph, please?” their voices chirped.

I asked one kid who was proudly wearing a Bryant t-shirt who his favorite player was, and to no surprise: KB it was. He asked me how many times I had been to Wrigley this year, and I answered twice. It was his third. He had me beat.

One of the kids in the group was named Jake, so whenever presumably his mom would call his name, I’d turn too. It didn’t feel that long ago I was one of those kids hoping for an autograph from their heroes. Today, the usual list Cubs-wise for kids includes Bryant, Anthony Rizzo and Jake Arrieta.

For me, it would’ve been the likes of Mark DeRosa, Alfonso Soriano and Carlos Zambrano.

I’ve never been athletically inclined, but jogging behind home plate alongside the Cubs dugout made me feel every bit of the “Rookie of the Year” as I helped spool TV cable minutes before the first pitch. I can always say I’ve run on Wrigley field now. Sure beats the local park district fields my baseball career ultimately was born and died on a number of years ago.

I traded a bat for a notebook, recorder and mic. That’s all.

I missed manager Joe Maddon’s explosive ejection following the strangest strike call I’ve recently seen while wolfing down a $7 beef sandwich in the media café. After just having a can of Sprite on my 6:15 a.m. train into the city, I didn’t care how much I had to pay. I was just happy to have my two glasses of water, to be honest.

I was forbidden to take pictures at any point of my day serving as a part of Cubs media, but I was perched essentially in perfect symmetry above home plate to dead center. I saw every foul ball catch in the stands.

USATSI_8731107_168381444_lowresThe Cubs smacked three homers in one inning. I learned from the press box announcer it’s been more than a year since that last happened. The standing ovation 39-year-old catcher David Ross received following an infield bunt single is still engrained in my ears. Not every day at Wrigley is picturesque, but the view gave me a small taste of what life may be like one day.

I looked to my right in the press box, and ESPN Cubs writer Jesse Rogers was typing away on Twitter. In front of me, a veteran Sun-Times scribe was munching on an ice cream bar. Twitter, ice cream and a ball game. What else could you want for a job?

Arriving at 9:30 in the morning and leaving Wrigley about 6:30 that evening didn’t feel like a job at all. Sure, I took it as seriously as possible, but the underlying theme to remember is: It’s a game. Hold the microphone properly, be attentive during setup and mind your “P’s and Q’s”.

I’m not behind a desk scouring over finance reports. Instead, I take part in asking how remarkable it is the Cubs entire starting infield minus the catcher is starting the All-Star game.

Someone dropped their earbuds after speaking with Bryant at his locker during postgame. I asked him if they were his, and he laughed, “No, but you can have them”.

I didn’t end up keeping them. But, thanks, Kris.

I will keep the memories of my first day at Wrigley as media, though. 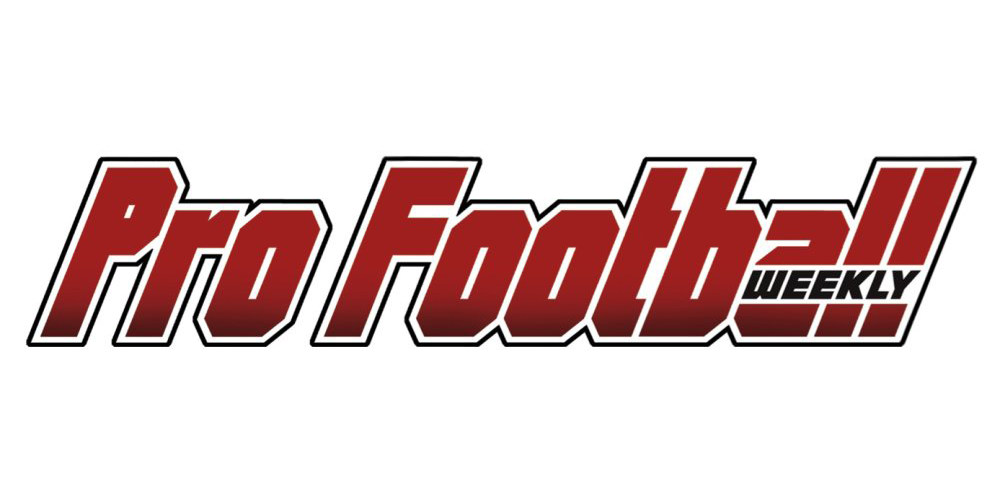 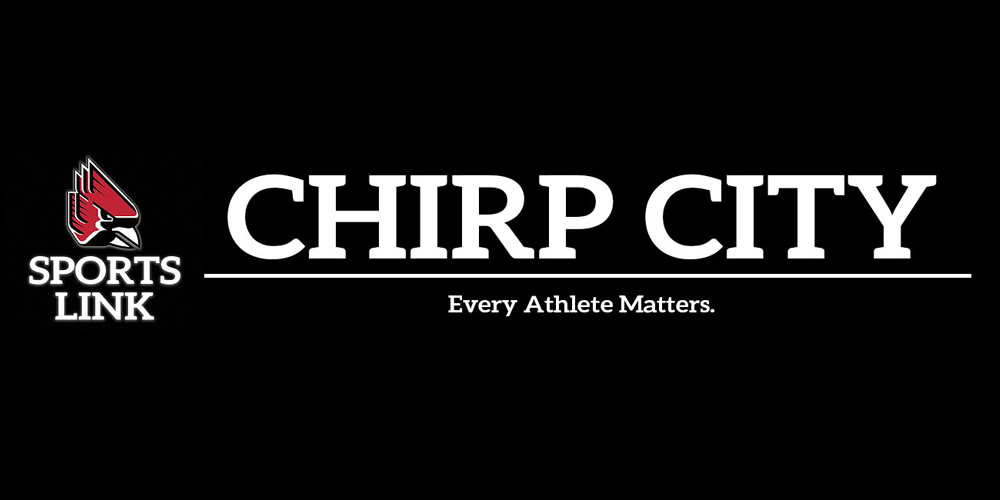